The 7 Defining Traits of Thought Leaders 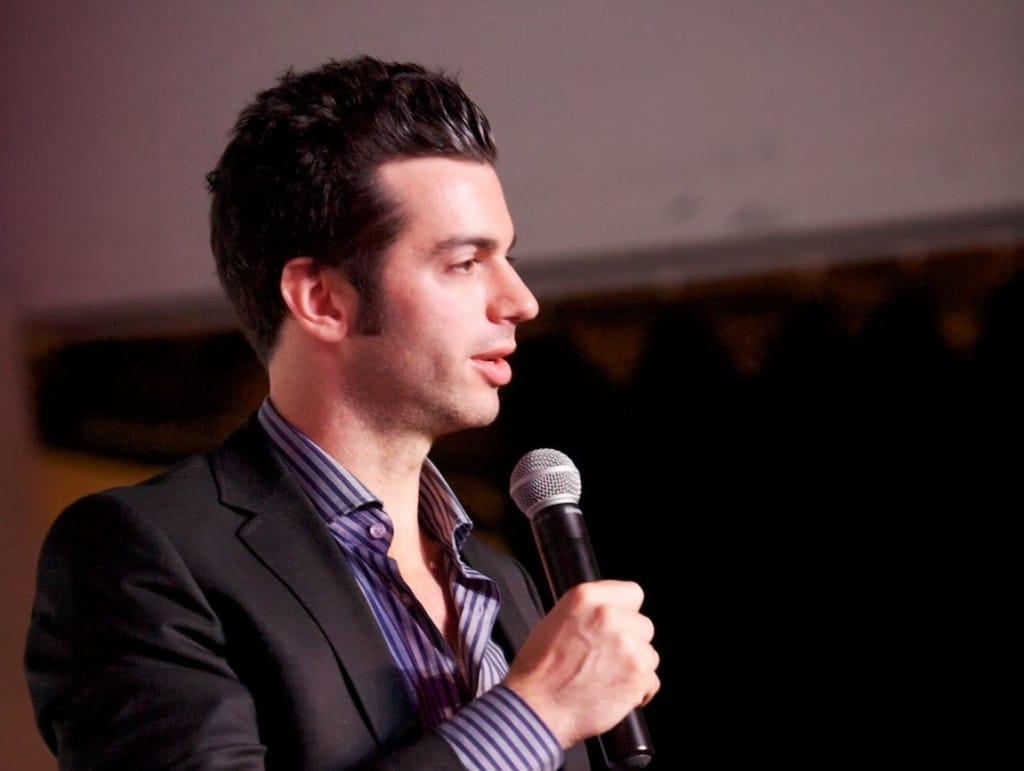 Most people probably think that the only trait a thought leader needs to have is good thoughts. Sadly, that is not the case at all. What they need are the 7 things I’m about to reveal.

But before I share these traits with you, let’s define the term “thought leader.” To me, a thought leader is someone that has significant influence over other people because of their ideas or public image. They attain that influence by having one or more of the following characteristics. I have never, however, heard of a thought leader that has all 7. Most really famous people have 3-4 of them.

One of my idols, Walt Disney, had only 3 of the 7 traits at the start of his career. While lacking money, beauty, extraordinary intelligence, or connections, he was a highly charming man (mostly because of how driven he was), a gifted storyteller (his chief ability in life), and the image of self-confidence (which is how he sold his first cartoons without even being a talented artist). And in fact, depending on your definition of success, some of the most successful people in our society have less than half of these qualities going for them.

Without further ado, here they are:

1. Money. I’m always shocked by how much credibility a person is instantly given just because they have money. They could have won it in the lottery, inherited it from their grandparents, or earned it by selling drugs – people will still respect a person who has money. Now, I’m not saying that a wealthy person can’t lose that respect by being shallow, nasty, or vacant; but somehow their ideas will probably manage to be heard anyway.

2. Beauty. Like money, beauty is one of those traits that it saddens me to admit is worth an exceptional amount in our culture. The fact that something you were born with (or bought) can help you so much in your business life is unfair—but true. I learned this lesson the first time I was ever allowed to go to the flea market by myself in 6th grade. I had $15 in allowance money and was planning to get a few packs of baseball cards and a comic book. On the way there, a beautiful girl working at the leather goods booth stopped me. “Excuse me,” she called out. She was probably 15, making her an older woman in my book. “Y-yes?” I asked. “Have you ever tried one of our leather braided bracelets? You’d look really hot in one.” It had never occurred to me that I would look good in a leather braided bracelet, but this enchanting creature thought so, and as such I had to try one on. I’ll make a long story short and tell you that I left that day with no baseball cards, no comics, and an empty wallet. Oh, but I did have two leather braided bracelets – and an anklet. (Stupid anklet.) As rookie a mistake as it was, I feel a bit less bad knowing how many adults continue to revere, and financially support, people whose chief accomplishment is physical beauty.

3. Intelligence. While not quite as important in the business world as the last two characteristics, raw intelligence can earn respect and help your ideas to spread. In fact, like money and beauty, it is something you need to be lucky enough to be born with. Intelligence is an interesting trait because, by itself, it has very little value in the business world. It is only when combined with one or more of the other traits that it becomes exceptionally powerful. For example, the most brilliant person in the world would have no chance of becoming a thought leader if he lacked the ability to convince other people of his ideas in a clear and appealing manner.

4. Charm. This one’s a doozy: if you have charm, you have power. Some of the most well-known thought leaders out there rise up the thought leadership ladder on a heavy dose of pure charisma. Both Jonah Hill and Seth Rogen owe much of their influence to the fact that they are essentially extremely likeable. (You could say that they owe their success to being funny – but their brand of humor relies on being  non-threatening and relatable: a kind of charm.)

5. Connections. The most boring, humorless person in the world could rise from cypher to superstar overnight simply by becoming Oprah’s personal assistant. Being that close to someone with the ultimate perceived value is an instant influence-booster. But you don’t need to rub up against quite so much fame to become a connections-based thought leader. Anyone who is a well-liked member of her community can achieve this. Simply put, if a lot of people know and value you, you will have a lot of influence – by definition.

6. Ability. As a former college essay coach, I used to tell my students that it is better to be pointy than well-rounded; in other words, show a rare aptitude in one subject rather than an above-average aptitude in everything, and colleges will be more interested in you. If Lebron James could take 20% of his basketball skill and distribute it among his baseball, football, and soccer abilities, do you think he would do it? Hell no! He’d rather be the best at one thing than great at many things. This kind of thinking has bred many an influencer. In fact, it’s been a driving force in my own career. I run a company that purely focuses on content-driven SEO. By relentlessly focusing on one form of marketing, we have become the best at it. If I split my attention between SEO, social media, advertising, and affiliate marketing, I can guarantee you that my company would not be as strong as we are at SEO.

7. Self-Confidence. Absent all the other traits, if you just believe in yourself a lot, you’ll go very far in life. People want to be around someone who has a certain destiny about them. And keep in mind, truly self-confident individuals don’t go around bragging all the time (sorry Kanye). They have a kind of glow because their confidence comes from within. Back when I ran my children’s website, I remember being on a phone call where this guy was pitching me to put spammy advertisements on my site. Now, there was no chance I was going to do that, but a friend had introduced me to him, so I Iistened. He started off the conversation by disarming me, asking me “So, are you happy doing what you do?” I found myself continuing to listen because he took control of the conversation in such an effortless and non-threatening way. While I didn’t ultimately use his ad product , I kept in touch with him for years. In fact, today he is an Internet celebrity of sorts with a powerful brand. As thought leaders go, he is an interesting example because he offered me nothing beyond pure intrigue.

I’ve found it interesting to think of my favorite authors, artists, and personalities and see which traits they’ve built their brand on. Jay-Z seemed to make his bank on 3 traits: self-confidence, rapping ability, and charm. His beau, Beyonce? She seems to have 4: beauty, singing ability, charm, and self-confidence. If Hilary Clinton rises to the highest office in 2016, she’ll have done so based on 4 as well: connections, intelligence, self-confidence, and money. There are few quintuple-threats to speak of, but Maggie Gyllenhaal comes to mind, given how she comes from Swedish noble lineage, has Hollywood director parents, and is Ivy-educated, Oscar-nominated, and beautiful. Interestingly, she’s less conventionally “successful” than everyone else mentioned in this paragraph despite having a greater number of the 7 qualities.

So remember that you don’t need to be born with every quality on the list to be a thought leader (helpful as it may be).  If you possess just two of these traits and can combine your inborn talents with the skills that you develop over time, you can carve out a great niche for yourself. All people have the potential to make their ideas famous; the key is figuring out how to use what you have.

Why Rent Google Results When You Can Own Them?

Reach out today to learn how Thought Leadership SEO can fit into your company’s marketing strategy.