For Entrepreneurs, Niches Can Mean Riches 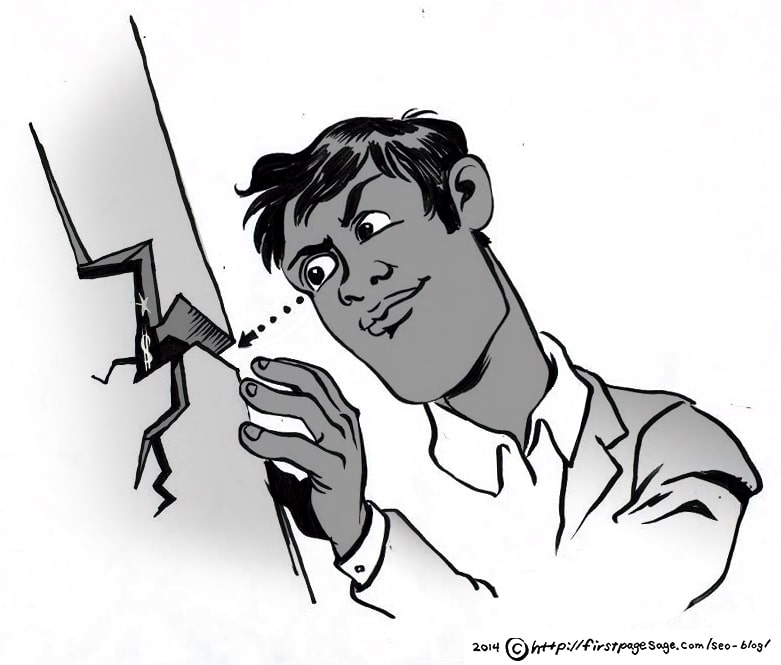 It’s easy for an entrepreneur to look at an industry that’s already been disrupted and want to get involved. Who wouldn’t want to create the next Facebook, Uber, or Airbnb? In fact, there is still plenty of opportunity in the industries these companies represent – social networking, transportation, and short-term rentals – because they’ve established plenty of demand in their respective markets. If you could manage to carve out just a small slice of one of those markets, you would do very well for yourself.

But what many entrepreneurs aren’t thinking about are the smaller opportunities that are hiding in plain sight. In the business world, niches abound; and if you can manage to capitalize on one, it may set you up for life. I’ve never founded a company worth a billion dollars and I don’t care if I ever do; but by starting and selling multiple companies that solve smaller problems, I’ve managed to have a very successful and fulfilling career so far.

Let me tell you a story. When I was 23, I became an entrepreneur by accident. After years of following the path my parents had prescribed for me, I decided to drop out of law school and start my own business. It’s easy for me to write those words now, but 23 year-old me was terrified. I spent most of my days trying to avoid the large specter of failure looming in front of me. I’d hear conversations in my head to the tune of “What ever happened to him? I heard he’s a drop-out now. Didn’t he go to Columbia?” with the faces of disappointed parental figures looming large.

Deep inside, I always knew I couldn’t be satisfied with a normal job. But my only skill was writing, and short of penning the great American novel, what can you do with that? English majors become lawyers, professors, or maybe literary agents. There weren’t as many options for us as, say, a math or science major. At least, that’s what I had been told.

Well one day, I was on the treadmill at the gym when it struck me that I did have one highly specific skill, and that was writing college admission essays. When I first applied to Columbia, a member of the admissions committee read my essay and liked it so much that she asked my permission to feature my essay in a workshop about the ideal college application. To this day, I believe that my essay is the only reason I got into Columbia, since my grades and SAT scores were only average for such a selective school.

So how did this translate into a business idea? Well, I knew that there were people who acted as private admission coaches so I figured I could become something even more specialized – an essay coach. Sure, I hadn’t ever done it before, but presumably I had the talent. How hard could it be?

My revenue model – charging $500 for 4 hours of my time brainstorming, editing, and touching up an essay – was slow to catch on. It took six months before I got my first customer, and it was only a full year after I started, when I had managed to figure out Google’s algorithm well enough to get my website ranking at the top of the organic search listings, that the business began to take off. Even then, it produced just a few hundred thousand dollars per year. The real gold was to be struck a few months later. And once again, it was an accident.

One afternoon, the father of one of my students called me up and asked if I’d ever consider writing a book on his behalf. He was a successful business owner, and wanted his story recorded for his kids. I had never written a book, but was willing to try it. He asked me how much. After a moment of deliberation, I uttered “twenty thousand dollars” – the greatest sum of money I had ever asked for in my life. He accepted. I had no idea what I was getting into.

But this project had given me an idea. Perhaps this guy wasn’t the only one who wanted a book written about his life. I decided to put up a new website offering “ghostwriting” services, a concept I had only heard about a few times before. Using my newly-developed search engine optimization (SEO) skills, I got the website to rank at the top of Google for “ghostwriter” and waited. To my shock, call after call came in. Apparently, a tremendous number of people had a story to tell but didn’t have the skills to write it. They needed…my company. Short on labor, I began hiring professional writers to take on projects. Soon, I had a roster of 20 authors spanning various topical areas, and I was able to keep most of them busy. I had found my first niche business – and boy was it a good one.

By this time, I was making very good money for a 25 year old and obsessed with the idea of finding unusual markets with little competition to go into. Each week, I’d check AOL’s “hot searches” (the equivalent of Google Trends) to see what people were searching for. I considered many niches, from antique Persian rugs to high-end matchmaking.

One day, I stumbled upon a baffling little search: “dress up dolls.” After some research, I learned that tween girls loved to create little characters to represent themselves on instant message platforms. There were dozens of sites, run by hobbyists, that offered “doll makers,” the program that makes these characters. I didn’t see a business model right away, but the popularity of dress up games was clear. I decided to try my hand at it, hiring a programmer and an artist.

Because I had an edge financially – and perhaps in terms of ambition – over the hobbyists, my doll makers were cooler, and had more customization options. And, once I got my site to the top of Google for the keyword “online dolls,” I had visibility. The kids loved our dolls, and the site took off. Before too long, we had 8 million kids per month coming to the site. We were eventually ranked by Comscore as a top 10 children’s destination in the U.S.

Running a large children’s website didn’t stop me from starting new businesses. I had recently bought my first apartment in Manhattan, and during my search I had noticed that there was no place to get truthful reviews of all the new developments going up at the time. I decided to start a blog that offered honest reviews about each building, as reported by college students that I hired to pose as buyers. I aimed to cover every new condominium development in Manhattan that year. Because there were literally zero sources of real information about these buildings, it didn’t take long for thousands of buyers of high-end apartments to find my blog. And because the content was refreshingly honest, I got tons of e-mails thanking me. This gave me the idea of brokering the apartments myself (with the help of my older brother who had his real estate license). Why not?; I had already earned people’s trust.

Thus went my foray into ghostwriting, dress-up dolls, and real estate. During that period in my life, I started five other business as well. Some succeeded tremendously, others failed. But the lesson I learned about the value of small niches will always be a part of my entrepreneurial spirit. I believe that’s where the gold is hidden, away from the lights and the crowds and the venture capitalists. We’d all like to be a Mark Zuckerberg, Steve Jobs, or Larry Page; but there’s also something pretty wonderful about being the king of a principality so small that you’ve helped to make it what it is.

Today, I run a search engine optimization firm, harkening back to the very first skill that allowed me to start all of my business ventures. Even though SEO today is a multi-billion dollar industry, back when I started doing it, there were only about a dozen firms around. And this is yet another advantage of embracing niches: by going into an industry when it was small, I get to enjoy the advantages of being a well-established player now that it’s big. Zuckerberg started Facebook because he thought Harvard students would find it cool. Pierre Omidyar started eBay to impress his girlfriend. You usually don’t go into a business with aspirations of billion-dollar valuations. You do it because there’s a need worth addressing, and what happens from there is often a matter of fate.

So the next time you find yourself pondering ideas for a new business, try thinking a little smaller; you may find your next great opportunity in between the cracks.