A Few Reminders Why Life is Awesome 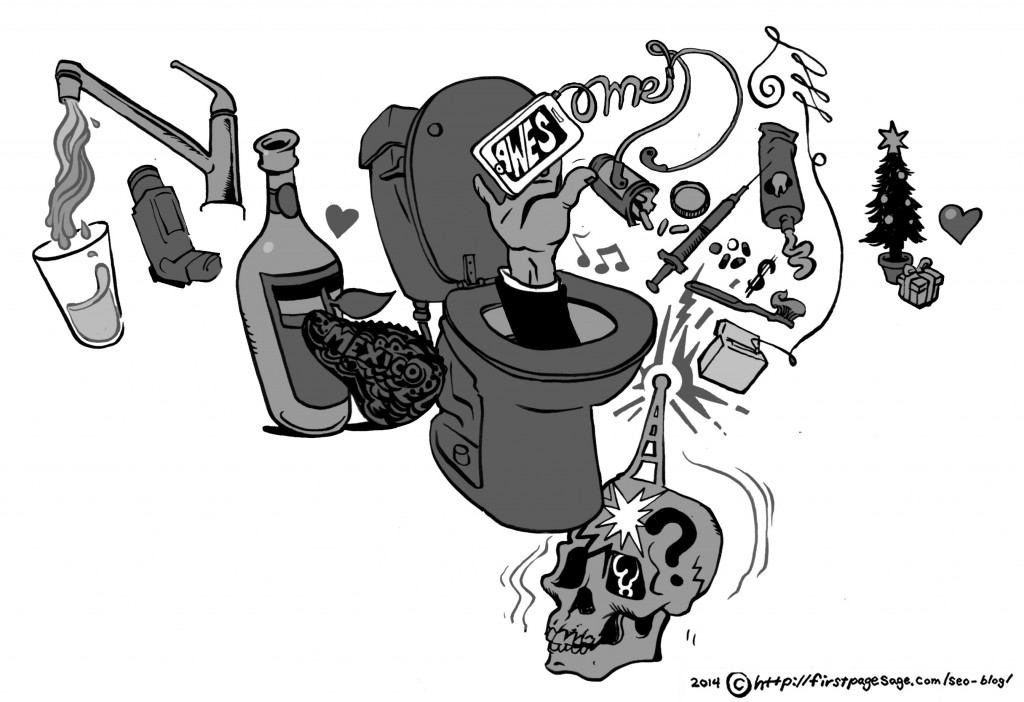 One of life’s certainties is that you never fully appreciate what you have—until you lose it, of course. I can remember times when I was laid up in bed, sick as a dog, literally pleading to a higher power: “Please, if you allow me to feel better, I’ll never take my health for granted again.” Within an hour of getting better I had forgotten about my promise.

We all have more than we realize. To the vast majority of the world, most Americans are unfathomably rich. Even if you’re a student with $150k in loans, you’re a tycoon compared to most people on this planet. More than 3 billion of your fellow humans live on no more than $2.50 per day.

Now, I’m not trying to make you feel guilty; I just want you to understand what you have. Because ultimately, no matter what’s going on with you right now, life’s still pretty darn awesome. I think about this subject a lot. There are times when I’m walking down the street in my neighborhood and I’m suddenly struck by all my options – that I can walk, that there are pretty trees on my block, that I have the ability to go out and pick up my favorite snack. It’s sometimes too much to take in all at once. So I figured I’d write down all of the things I’m thankful for. Here is what I got to on my first sitting:

Tap water. We have fresh, potable water that comes directly from any of several easy-to-use faucets in our homes. This is a miraculous feat of science, technology, and engineering, and one that the majority of countries in the world don’t have. We take water for granted so much that we spill it out if it’s a few hours old, take extra long showers in it, and pretty much never think about how great it is. The day that there is ever an earthquake or other natural disaster that leaves us trapped without water for a few days, we’ll realize how good we had it.

An infinite variety of food. In Ancient Rome, merchants took treacherous, multi month journeys at sea to bring items like cinnamon and pepper to the market, after which only a small number of people could afford to buy them because they cost the equivalent of 10 months’ wage. Now we go to Trader Joe’s, grab a basket, and fill it with coffee grown in Colombia, rice farmed in China, avocados produced in Mexico, beer brewed in Germany, and dozens of other food items that would have amounted to an unfathomable feast to the richest kings just a few hundred years ago.

Toilets. If you’ve ever been camping or to a country without toilets, you probably already appreciate this one. But I’m not just asking you to acknowledge that we’re fortunate to have toilets. I’m asking you to picture what it would be like if there were no toilets. We all just go about our days, popping into the bathroom every now and then to do our business, then continuing life as usual. But what happens inside that bathroom is actually a marvel of technology. We are able to rapidly and hygienically dispose of waste without giving it a second thought. A few hundred years ago, people were throwing the contents of their chamber pots onto the streets because there was no other way to dispose of them. Nowadays, it bothers us if we pass a stretch of sidewalk in a seedy part of town that smells like urine. Without modern toilets, it would always smell like urine. (And other stuff.) Thank you toilets!

Medicine. Being an asthmatic, I am lucky that I was born in the present time. Any time before the 1920s, asthma was considered a mental problem and there were no treatments available for it. As such, most severe asthmatics died in childhood. As did anyone who got strep throat. And most people who had diabetes. Even those who didn’t die lived in great discomfort before the latter part of the 20th century. I wouldn’t want to be a person with Celiac disease, lactose intolerance, or any kind of food allergy before those conditions were discovered.

Dentistry. I considered including this one with medicine, but it really merits its own mention. Life before modern dentistry was not fun at all. Imagine having problems with your teeth in an age when there were no adequate numbing agents, sterilization methods, or electric drills to get the work done quickly. We all love to hate going to the dentist but the fact that we have the option of having straight, white teeth that aren’t in pain every day is a privilege that only became possible in the last 100 years.

Radio Waves. Every year on New Year’s Eve when I’m watching the different countries celebrate on live TV, I think about how crazy it is that we can see what’s happening thousands of miles away from us at the same time that the people who are actually there are seeing it. How we are able to transmit pictures and video at thousands of miles per hour through the air to wherever we happen to be at the moment boggles my mind. In fact, it’s hard to comprehend how we’re able to send a picture at all. Apparently, cameras somehow capture a light reflection that mirrors physical reality, reduce it to a tiny size, and fling it into the air in a way that allows our electronic devices to pick it up. And if teleporting a live experience from China to the United States, for example, weren’t amazing enough, consider the fact that the Curiosity Rover takes high definition pictures from Mars and transmits them through space so we can inspect the surface of another planet while we’re eating our breakfast cereal. If this were Salem and the year was 1692, we’d be hung for having that ability. And actually, I wouldn’t blame them. The way we use radio waves actually seems impossible.

The Accessibility of World-Class Entertainment. It should not be taken as a given that we can, at any time, pull a device from our pocket and listen to the best musicians in the world, of any genre, instantaneously. It’s hard to imagine how mind-blowing that fact would be to an indigenous person. We are not born onto this earth with the right to listen to Mozart in stereo surround sound as performed by the New York Philharmonic on demand. Or The Beatles, Jimi Hendrix, or Whitney Houston for that matter. The very best musicians the world has ever known can be enjoyed wherever we are – even if we are underwater, for Pete’s sake – whenever we feel like it. That is nuts.

Psychoanalysis. Whether or not you have ever seen a therapist, you should be very grateful that psychoanalysis exists in the state it does today. The world can be a complex and difficult place to live in, and without professionals to help us heal from trauma and deal with our everyday problems responsibly, we’d be far worse off. I can’t imagine what the world was like 60+ years ago before the modern theories had been put into widespread practice and therapy had become socially acceptable. So again, you may not personally go to a therapist, but the fact that other people who really need to are able to makes our world a much more pleasant place to live in.

A Tolerant Society. I wouldn’t have been able to include this item in the list before the 1980s – that’s how new a gift it is. Yes, there are still many parts of the world, and even pockets of the United States, where intolerance of certain races, religions, and orientations exists. But things could be a LOT worse; so much so that you can pick almost any time in the history of every country in the world to find an unspeakable list of atrocities. Tens of millions of lives have been lost over things that aren’t anyone else’s business, such as being a different variety of the same religion, having a skin tone that varies from the norm in a particular region, and loving a member of the same sex. To be able to simply be a human without being harassed for it is a goal that we’re not 100% at yet – but we’re damn close.

People that love us. My wife and I volunteer at senior centers each Christmas, singing carols for elderly people. Before we started our tradition, I had no idea how lonely so many of them are. There are thousands upon thousands of human beings who, because of their age, are not able to get around and have little opportunity to interact with others. Many of them no longer have families and rarely see anyone throughout the year. On the other side of the spectrum, a huge number of children go into orphanages and foster homes each year, many of them neglected and without caring connections with adults. Both of these groups of people battle depression and are at high risk for suicide. And just because we’re not in their situation, it doesn’t mean we couldn’t be. Many of us simply won the genetic lottery by being born into loving families. If that’s not a reason to be grateful, I can’t think of what is.

I hope this list makes you feel just a bit more grateful. This Thanksgiving, I encourage you to be thankful for the age you live in, the people you’re surrounded by, and the many natural gifts you’ve been given as a human being. It doesn’t have to be this way; but it is. Let’s enjoy it.