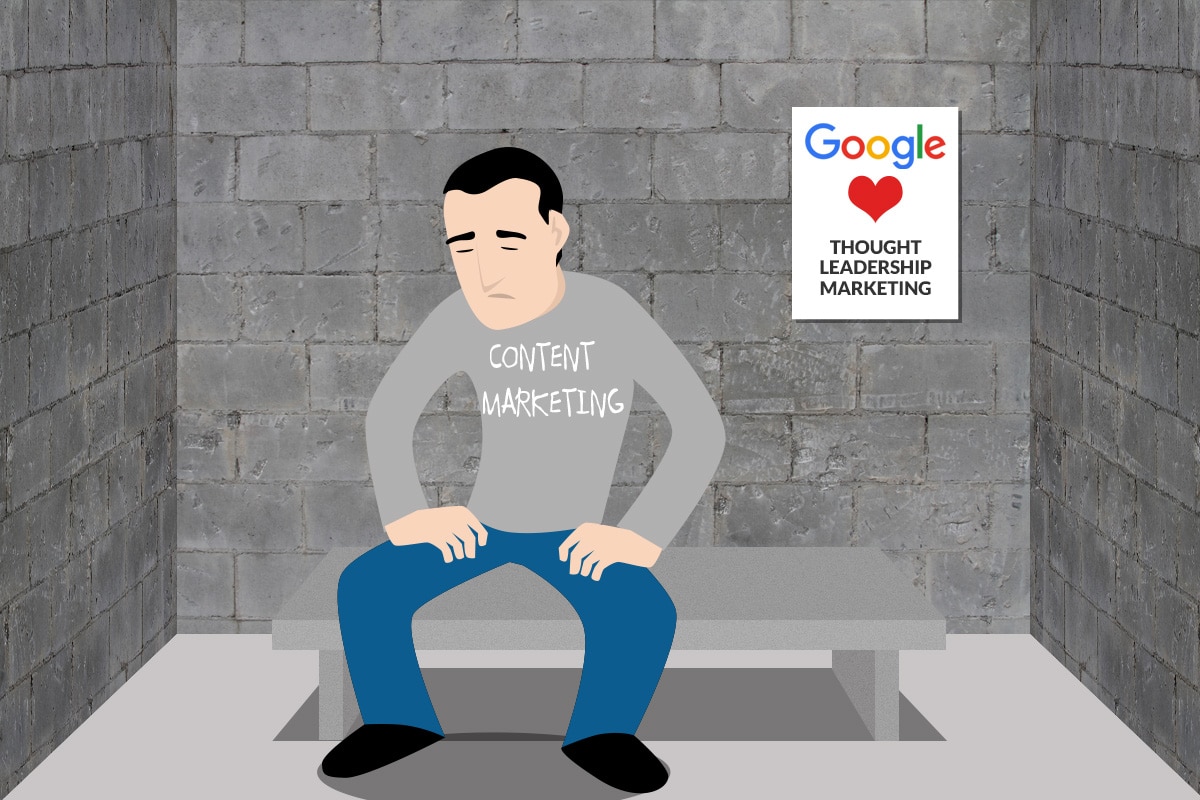 I remember it clearly: It was 2010 and Google was aggressively laying the groundwork for its famous Panda and Penguin penalties, which penalize sites that paint a falsely trustworthy picture of themselves in Google’s eyes. Typically, what these sites did was either a) publish lots of disingenuous content to make Google think they were a valuable resource when in truth they weren’t or b) quietly pay for links so that Google thought the site was more well-regarded in its industry than it actually was. This was the period when years of cheating Google’s algorithm were meeting a harsh ending for the hundreds of thousands of websites that engaged in such practices. In truth, cheating Google’s algorithm was synonymous with the word “SEO” up until this point.

That was the year content marketing became truly popular. Sure, it had been popular in certain circles since 2007, but in 2010 you began to see an explosion of blogs on business websites. How far the concept of a blog had come from its origins as an online journal that only moody nerds kept; now it was a must-have feature of nearly every company’s website.

It took another year or two for the average marketing manager to know that “content is good for SEO.” And for a time, it was. But as we all know, the moment when something becomes common knowledge to everyone, it loses its specialness. And in the world of Google, where there can only be one #1 result for a search query, specialness is important. The #1 result is the web page that has the best content and perhaps, the best links as well. But what happens when everyone starts creating good content? Well for one, those early content marketers who were doing it right before everyone got into the content marketing game faced higher competition than ever. A new standard was born. That standard is thought leadership.

For those who don’t read this blog a lot, thought leadership marketing is the art of creating truly interesting, insightful, story-driven content. Stuff people actually want to read. Stuff people actually learn from. And, in today’s day and age when most of us do our own research on companies before deciding to buy from them, stuff that makes people want to buy. 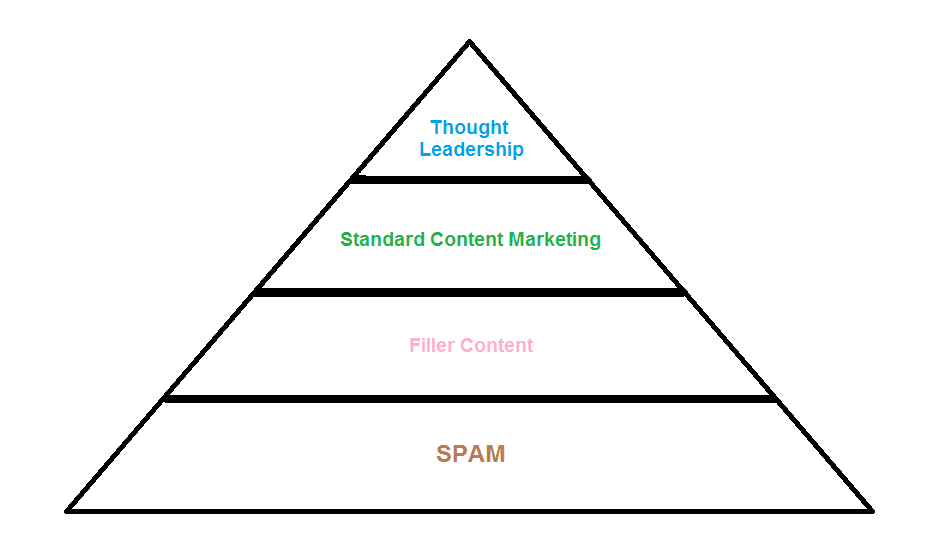 Below, I have given an example of each type of content so you can easily recognize it. Most businesses fall into the “standard content marketing” category, which succeeds less and less by the day at achieving high rankings on Google and therefore generating sales leads. The savvy companies that do thought leadership well are the ones with the best rankings and, more importantly, the ones that will continue to rank highly even as Google evolves its algorithm to incorporate social signals, artificial intelligence, natural language patterns or what have you.

Spam Content – Articles that seem to have been created by either a robot or a non-English speaker which have no value at all to a reader. 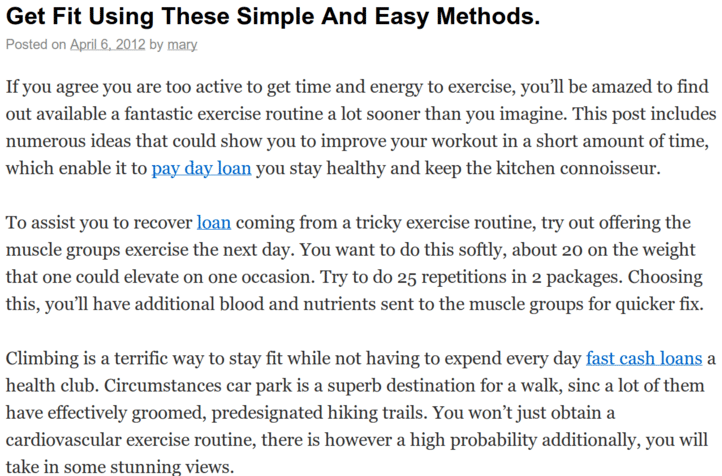 Filler Content – Articles that add nothing to the body of information that already exists on the Internet about your industry and are generally unoriginal and lacking in analysis. 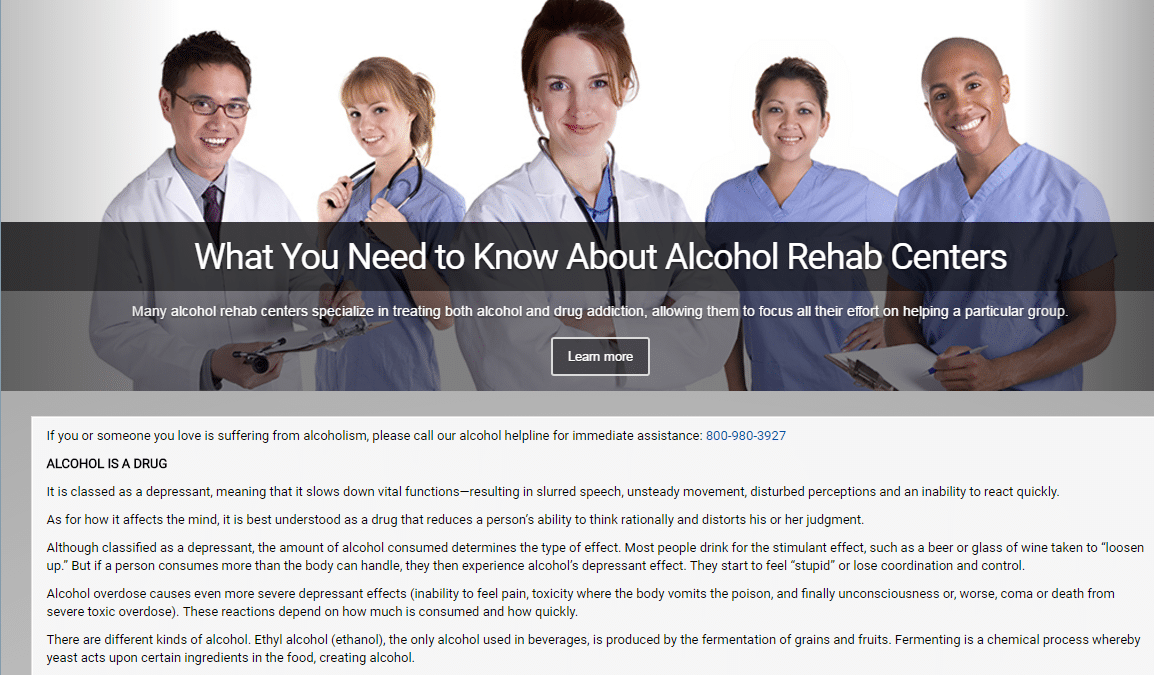 Standard Content Marketing – Articles that are well-written but don’t inspire the person reading them to take any kind of action. 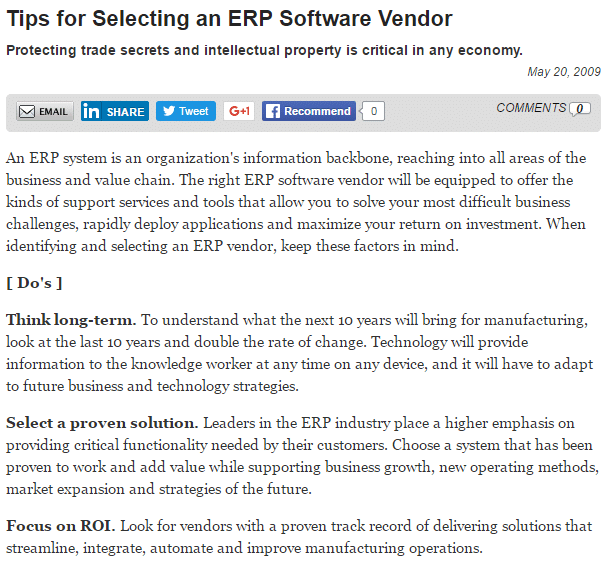 Standard content marketing. You can’t argue that it’s well-written but at the end of the day, it’s just not that compelling.

Thought Leadership Content – Articles that offer people insight, move them emotionally, and compel them to take action. You can find loads of examples on blogs written by people that have a passion for what they do combined with years of experience.  I hope you feel that way about my blog, for example. Others I admire: Seth Godin, Tim Urban, and Oli Gardner.

Here’s the bottom line: if you can manage to produce truly insightful, interesting-to-read thought leadership content, you will always stand out from the pack. It’s not easy, and you may consider outsourcing it, but it has a greater ROI than any other form of marketing I’ve come across. It is both the present and the future.