Link Building in The Post-Spam Age 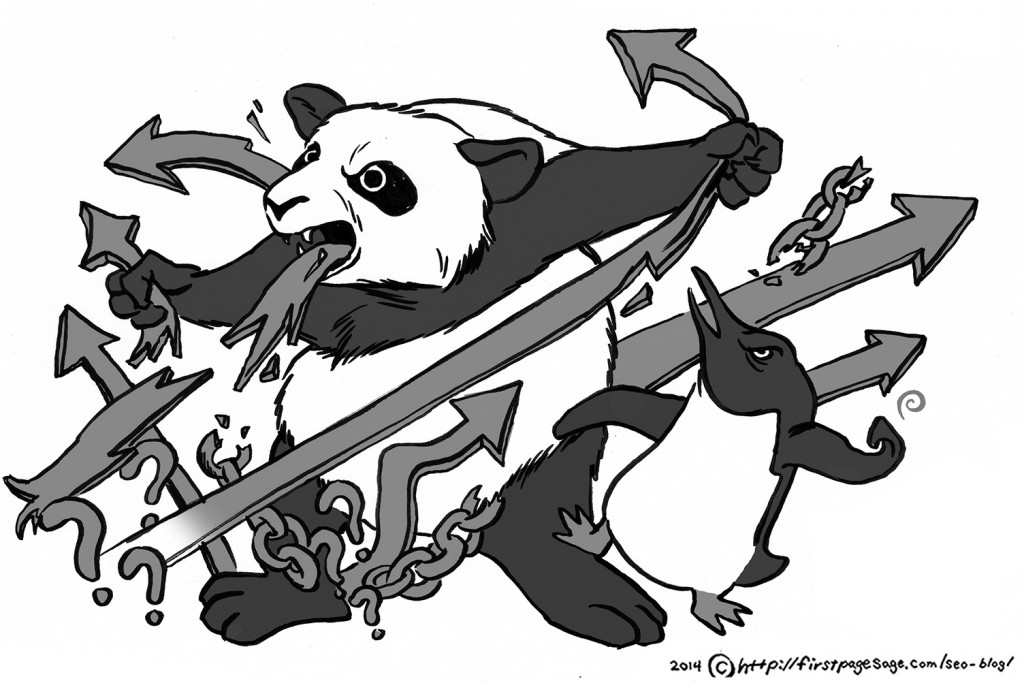 When Larry Page and Sergey Brin, the founders of Google, unveiled their new concept for a search engine, their vision was groundbreaking: the web could be organized by the relationships between websites. Using hyperlinks, otherwise known as plain ol’ links (like this and this and this), Google could understand which websites got “mentioned” the most around the web. Their hypothesis was that webmasters only created a link to another website if they felt that website was worthy of mention. And if you think about it, it’s true; we don’t link to other websites for no reason. There has to be something interesting – whether positive or negative – about a site for us to take the time to link to it, thereby allowing our visitors to click through and visit it.

But like all good things that are exposed to worldwide popularity, Google’s link-based algorithm couldn’t stay untarnished forever.

The moment people realized that this system could be manipulated – that they could, for instance, pay webmasters for links or even create their own websites for the sole purpose of linking back to their main business website – Google’s system stopped working as intended. Sure, it was still better than Yahoo and MSN’s algorithm (this was pre-Bing), but it was becoming worse each year. People found ways to manipulate the previously natural state of linking on the Internet that would make your head spin. There were link exchange networks (“I’ll link to you if you link to me”), third party link brokers (“I’d like to buy a link on these 20 websites; all the link texts should read “diamond jewelry” and they should be placed on the right sidebar and go live tomorrow”) and bloggers for hire (“Write me a 500 word article about a topic of my choice just so you can place a link inside of it”).

By 2007, Google was both the largest search engine in the world and on the brink of complete chaos because its algorithm was being so badly manipulated by SEO spammers. It was around this time that they got to work. A bit of corruption was to be expected, but when the search results for major industry categories such as travel, fashion, and insurance are dominated by SEO spam, real change is in order.

Between 2007 and 2011, Google went to war with the debasement of their algorithm that had been occurring for many years. Now, Google is not a company you want to go to war with you, and even though the collective sum of all hackers, shady marketers, and crafty webmasters is a smart and powerful bunch, they weren’t powerful enough to overcome the penalties that Google began to levy on the link building tactics of the time. What we know today as the Panda and Penguin algorithm updates are really just the most recent form of punishment for SEO spammers. Google started with the most deceitful tactics – breaking into websites and hiding links on the page – and progressed to the more white glove techniques such as distributing press releases with lots of links in them. Like a government shut-down of a prostitution ring, soon all manner of people, from nerds in their basements to CEOs of multi-billion dollar companies, were seeing their websites wiped out of the Google search results for utilizing spammy link building tactics.

By the end of 2011, the SEO world was so shook up that it seemed there were far more ways to get in trouble with Google than there were ways to get rewarded by them. Today, in 2017, there is only one correct way to build links: the old fashioned way. Sending e-mails to companies just like a PR firm would, explaining why your website is worth linking to and hoping that some percentage will agree and end up linking to it, is the boring tactic that we’re left with. Boring as it may be though, it requires you to have a website that is interesting enough that bloggers, journalists, and webmasters actually feel motivated to want to share it with their audience.

And so, Larry and Sergey did ultimately get their algorithm back. Today, the online world of Google’s algorithm is nearly as pure as it was back in the early 2000s when Google first debuted its search engine. Links are earned because the sites being linked to are genuinely interesting to real human beings. I could write a whole separate article about the ingeniousness of Google’s engineers in finding a way to stop every borderline-spammy linking technique. But the fact is, they’ve done it. If you want to earn Google’s trust in 2016 and beyond, you’ll just have to create excellent content and earn links organically by impressing the people who write about your industry.