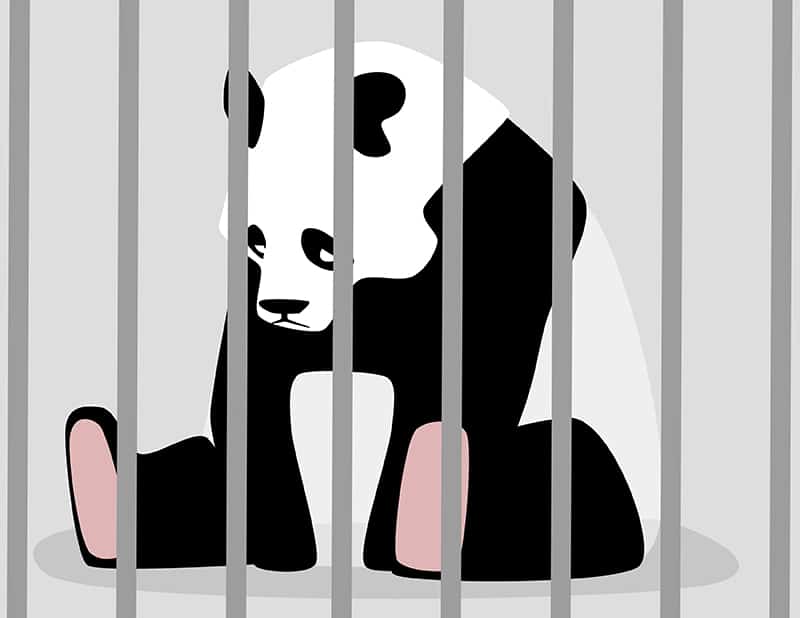 Direct selling on a website – sentences like “We deliver results, and we do it quickly!” – has been referred to as hunting. The image I get is of the company walking up to someone on the street, pointing at them, and saying “I want you.”

Indirect selling, such as publishing useful advice on your website in the hopes that potential clients will appreciate it and come back when they’re ready to buy, has been referred to as trapping. My image there is of a company having a very interesting conversation in a public venue and passersby slowing down a little to eavesdrop.

To me, it’s better to be a trapper than a hunter. After all, people don’t like to be hunted. Particularly in the B2B world, clients are sophisticated enough to want to make their own decisions. Of course, like anyone, they can be influenced.

But the fact that people prefer indirect selling isn’t even the best reason to engage in it. The best reason to engage in indirect selling is that Google loves it. To be precise, Google rewards any type of content that educates its searchers rather than sells to them. If you publish content that is purely commercial in nature, Google doesn’t really care about you; but if you publish content that is genuinely useful to people, which satisfies the thirst for knowledge they displayed when they typed their search into Google in the first place, Google will place your website higher in their search results. And high rankings equals sales.

For example, let’s say you own a cloud storage company and you’re hoping to attract new customers by ranking highly for the phrase “best cloud storage provider.” If all your site has to offer is a litany of landing pages asserting that your company is the best cloud storage provider out there, Google will have no interest in publicizing your website. However, if instead your site publishes an attractive chart comparing the strengths and weaknesses of all the most popular cloud storage companies with lots of data and commentary to back up its claims, well, then Google would love to serve your website to its users. Why? Google’s philosophy has always been the same: “Do what’s best for the searcher.” (After all, that’s also what’s best for Google’s bottom line.)

And just as you get rewarded for frequent publishing of valuable content, you get punished for publishing poor quality, or “filler” content – pages that seem to have been created solely to get more traffic and add nothing whatsoever to the Internet’s repository of knowledge on the topic at hand. This phenomenon of getting punished for poor quality content is known as the Panda penalty; Google introduced it several years back as a way of improving the quality of its search results.

You could spend days reading about the Panda penalty and trying to decipher it, but the way it works is pretty simple: if your content isn’t adding anything of value to the body of knowledge in your field, Google would rather its searchers didn’t see it. The Panda penalty was originally designed to end the reign of “splogs,” or spam blogs, which were robot-generated blogs that paraphrased articles from around the Internet and reposted them on websites that had no purpose other than to trick searchers into clicking on them so it could collect collecting advertising revenue. Google did its job – splogs are now dead – but Panda’s arms stretch a lot further. The algorithm also detects websites that have systematically-produced content, such as localized landing pages that are essentially copy-paste jobs where the only difference between each page is the name of the city.

Panda goes even further yet, extending to websites – and I kid you not – that publish boring content. If that sounds hard to believe, understand that at one point Google hired thousands of real people and asked them to read through articles in order to study their eye movements, mouse scrolls, and clicking behavior. The objective was to teach its algorithm what combinations of words and punctuation tended to keep people’s interest, or conversely, lose it. Google’s world-class engineers and data scientists eventually did the impossible: they cracked the code to interesting writing, allowing their Panda penalty to not just filter out spammy content, but also clichéd or unoriginal writing. By the time Panda was finished weeding out websites, the only websites left at the top of the results were the ones that were producing very high quality content.

If you’d like to learn more about this subject, I write about how to create true thought leadership content all the time on this blog; but suffice it to say, you should set your sights higher than merely avoiding the Panda penalty. Instead, your writing should be original, insightful, and authoritative. The line between “filler” content and thought leadership has been boldly drawn, and only the best-written websites among us will survive.