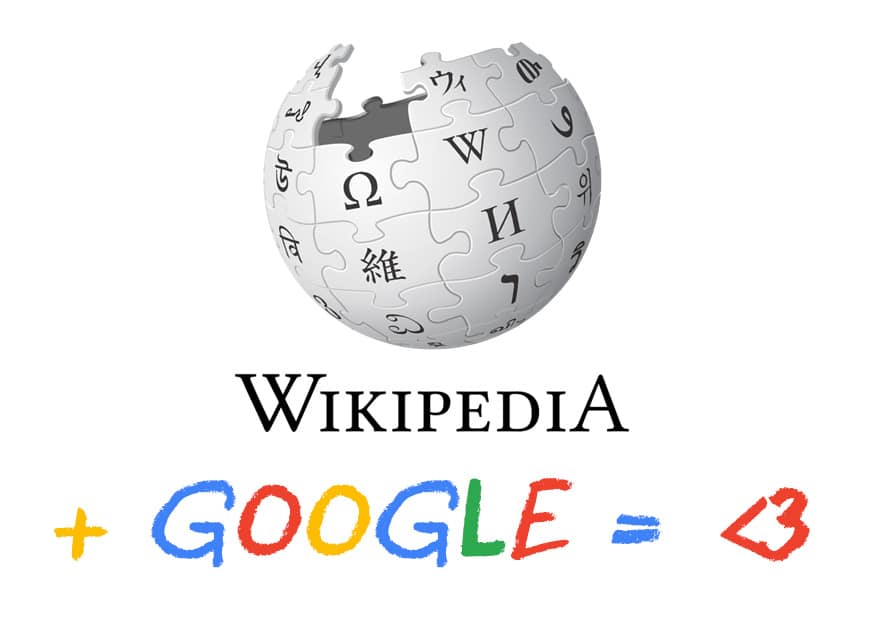 Most of us in the marketing world have heard of the “Oprah Effect,” wherein a guest on Oprah Winfrey’s show receives a boost to their career so big that it might even ruin them if they aren’t well prepared. There are other, slightly less well-known effects as well. “The Dr. Oz Effect” was a phrase I heard a lot from one of our clients who sells nutritional supplements. Essentially, the Dr. Oz effect is when the mere utterance of a supplement’s name from the good doctor means sales are about to go through the roof.

Yet another effect that you don’t hear about very often happens to be the most powerful force in thought leadership marketing: the Wikipedia Effect. The Wikipedia Effect is when your website is so trusted by search engines that it shows up at the top of the search results for virtually any subject that it has a page about. The inspiration for this effect is pretty clear: search any subject, from “basket weaving” to “Paul Blart: Mall Cop” and Wikipedia will rank #1 or #2 in the search results. There are literally millions of major search terms that Wikipedia dominates the search results for. If Jimmy Wales decided to take Wikipedia public (which I sometimes fear he will, based on those emotional pleas for donations he posts on the site), Wikipedia would be a Google-blessed billion dollar company overnight. And make no mistake about it – without Google, the site would get a fraction of its current traffic.

So why does Google love Wikipedia so much? It’s tempting to say that it’s simply a great resource we all use and Google just knows that, but that’s not the full picture. Wikipedia became Wikipedia for a reason. When the site was rising in popularity in the early 2000s, Google was doing what it’s always done: lurking around like a hungry beast, looking for the best content to consume. When it discovered that Wikipedia was adding hundreds of professionally-written articles each day, it felt like a gorilla who just stumbled upon acres of untouched fruit trees. Wikipedia was a special find for Google for two reasons. First, Google cares deeply about the quality of content it serves to its users. Second – and this is the lesser-known reason – it seeks out evergreen sources of content that it can keep coming back to in order to get valuable content in the future. Wikipedia is that constantly-renewing, high-value source of life for Google. Of course, Wikipedia doesn’t produce all that content for no reason; it wants people to read its articles. And thus, the two are perfect partners.

What I’d like you – a CEO, founder, or marketing professional – to take from this explanation of the Google-Wikipedia symbiosis, is the fact that you can have the same kind of relationship with Google that Wikipedia does. The way to achieve the Wikipedia Effect is to produce a lot of excellent content about your industry and to do it regularly. Sure, no company has the time or ability to produce as much high-quality content as Wikipedia, but you don’t need to. My company has been ghostwriting articles for clients for more than 7 years, and in that time we’ve learned something very clearly: publishing content on your website at least 2-3 times per week, every week, will get you a disproportionate amount of ranking credibility from Google. I don’t know why publishing once per week doesn’t quite do it, or why publishing content that is only of medium-quality has no effect, but I don’t really need to know. In marketing, when you find something that works, you just keep doing it. And publishing excellent, original content multiple times per week really works.

It is up to you whether to try to produce that content in-house or outsource content production to a team of experts; that is a subject I write about frequently. But however you do it, know that if you execute the right way, you’re building a permanent lead-generation and PR machine for your company, powered by Google.

When I teach CEOs about this subject, someone often laments what a big effort this kind of program sounds like for companies that are, say, less than 100 employees. What I always tell them is “Big efforts are what separates successful companies from less successful companies.” If you read this blog regularly, you have all the information you need to implement the strategy; whether you’re up for putting in the effort is up to you. And like I said, you can always pay for the team. But the opportunity to experience the Wikipedia Effect isn’t infinite, especially as more and more companies invest in thought leadership marketing. It would be a good idea to dominate your niche as early as possible.