Is AI the Future of SEO? A Peek into Google’s Search Algorithm 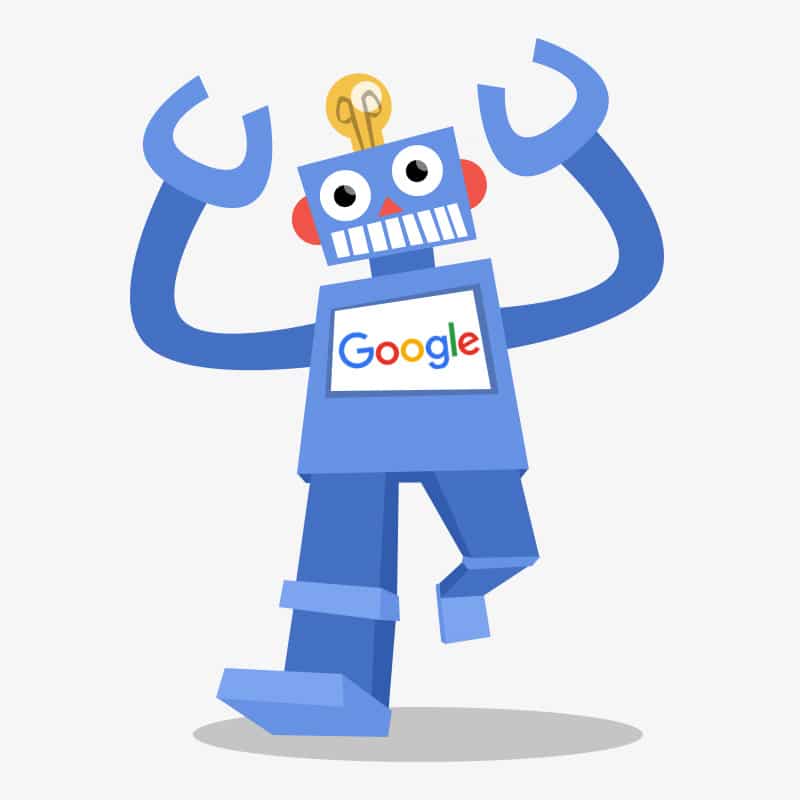 When Google asked their Head of Artificial Intelligence to lead their Search department earlier this year, sirens went off in the marketing world. The assumption was that AI was taking over the Google search algorithm, which has been hand-crafted by Google’s best engineers for the last 18 years.  It was like hearing that Coca-Cola’s formula was being recreated by robots based upon data about users’ tastes and interests. Can you really do that?

Some would say yes, you can. I say no. Here’s why.

There are certain things that machines do better than humans. Analyzing terabytes of information and coming up with accurate conclusions is one of them. For that reason, it makes sense that Google’s algorithm would be great at something like figuring out what a person means when they type in a search. For example, if I search the word “warriors,” will Google return results about people who have fought wars in history or results about the basketball team? Back in 2001, you’d have seen the violent folks on top, most likely with the basketball team right below it. Google would have essentially said “I’m not sure exactly what you want, so I’ll give you both and you can choose.”

Today, because of AI – which has been used in Google’s search algorithm since 2013 – not only does the engine understand I’m actually interested in the Golden State Warriors basketball team, it goes a step further and assumes I probably want to know what time the game is on tonight. And when I perform the search, that’s just what I get, along with the Warriors’ win-loss record and the latest news about the team. 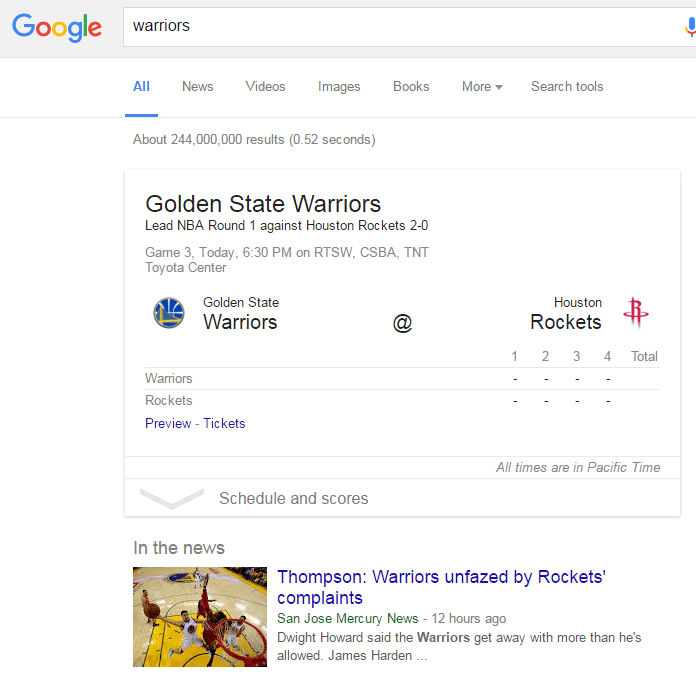 How did Google know what I wanted? Well, they probably understand that if I wanted information on people who have fought in wars, I would have typed “famous warriors” or something like that. (And in fact, if I do that, I get lists of legendary ancient warriors.) But the lazy action of typing in the single word “warriors” means that I want some quick info on my favorite team. Of course, I’m simplifying the thinking behind Google’s algorithm here, but that’s essentially how AI works: It analyzes millions of queries to see what people were actually looking for when they typed certain words into the search box and then “learns” over time how to give searchers what they want.

In this specific way – let’s call it “search disambiguation” – AI is a major influence in Google’s algorithm. And it’s very good at its job. However, where AI is not a major influence on Google’s algorithm is in the realm of curation: understanding why people love certain types of content and not others. Subjective, emotional taste is the provenance of human beings and, at least for the next 10 years, will continue to be. So, while Google can predict what I probably mean when I type in a given search, they can’t explain why a certain article fascinates me and then deliver more like it for me. The best they can do is observe that I spent 10 minutes reading an article before returning to the search results and conclude that since I liked it, they should rank it higher in others’ search results. And for Google, that’s enough to be passable at curation.

So that’s where we’re at with AI: it’s great at understanding what you’re looking for, and so-so at delivering the precise thing you want. It’s kind of like every sneaker store I go to (“We have the exact sneaker you want, sir, just in a different size than you can wear”).

So what would it look like if Google were way, way better at curation? Basically, when you typed in a query you’d always find content that completely satisfies your curiosity. If I typed in “stephen curry michael jordan” (sorry, I must be in a sports mood today), I’d get a side-by-side comparison of the two players’ styles and statistics and the most compelling arguments for whether Curry has risen to Jordan’s level of greatness. If I typed a commercial search like “do custom closets increase resale values?” (a debate I’m having with my wife right now), I’d get an article like this one which answers my question perfectly using interviews from real estate agents rather than unhelpful results like this Yahoo news article about “20 things that can alter the value of my home.” Essentially, Google would be a personal assistant providing me with custom-selected food for my brain rather than what it is today – a competent road sign pointing me to the nearest supermarket.

Of course, Google’s executive team knows this. That’s why they made their push into social search in the early 2010s, ultimately failing at it with the lackluster Google+. They understand that as they move from being a road sign to a personal assistant, advertising riches will follow. So we’ll watch and see what they do. Personally, I’d never underestimate Google. But make no mistake: AI will not replace human input in Google’s algorithm for a long, long time.