Technical Writing vs. Thought Leadership On Your Company Blog 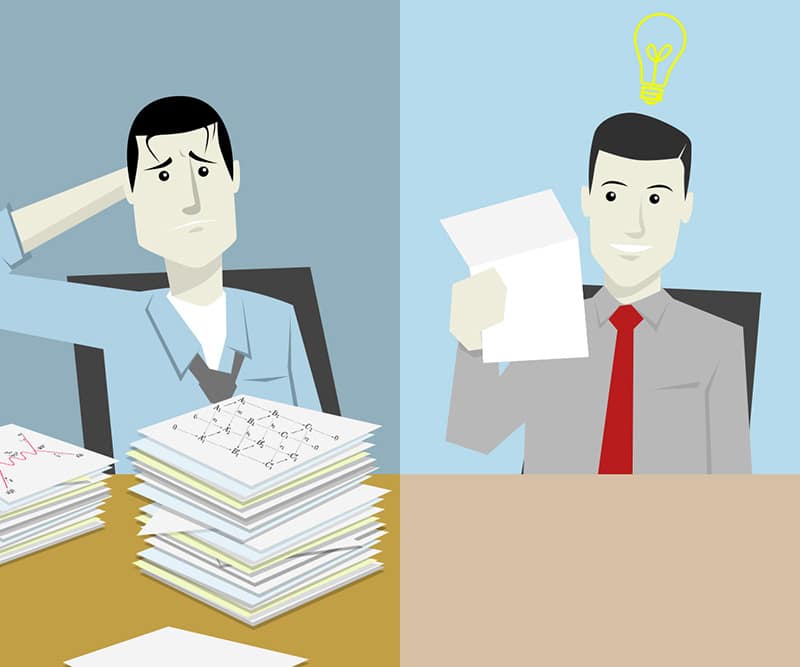 When you’ve been in the business of ghostwriting business blogs for seven years, you pick up on a few patterns. One of them, which seems to occur with 1 out of every 10 clients, is the desire to post technical articles, rather than thought leadership pieces, to the company blog. If you think about it, it’s a pretty understandable expectation for a client to have: if you’re putting your knowledge on display via a blog, wouldn’t you want to mine the depths of your expertise?

Actually, no. To understand why, let’s go back to the reason your business has a blog in the first place. Companies do not create blogs in order to share their knowledge, start conversations, or even become well-known; sure, those are all nice things to happen along the way, but they’re a means to an end. Companies create blogs in order to sell. Whether you’re selling a product or service, or attempting to attract employees, press, or an acquisition offer, the end goal is the same. It’s about selling.

If that’s not clear enough, think about an Olympic track runner. Does he run a race in order to show off his speed, get noticed for his form, or even engage in competition with other runners? Sure, those are all good things, but he is running to win the race. If he loses, but does so while all the world sees how swift he is, how technically correct his form is, and how hard he competes, he is still forgotten; it is the winners who are remembered.

Now, let’s bring it back to the question of technical writing vs thought leadership writing on a company blog. If your goal is to sell, then you have to start by knowing who you’re selling to. If you are selling to technicians –mid-level programmers at a web development firm or engineers at an auto manufacturer, for example—then technical writing might not be such a bad idea. But more often than not, you’re selling to the executives: the Head of Marketing, VP of Sales, COO, or even the CEO directly. These are the people that make decisions in the company, rather than the technical folks. Now, obviously the technical folks have influence, and some executives are pretty technical; but by and large, the people making buying decisions at companies are not as interested in details as they are in broadly growing and sustaining the company.

If you’re not sold yet, try getting into a conversation with a CEO sometime about a deeply technical topic. Observe his interest in the conversation. Then try talking about a competitor of his whose revenues grew by triple digits, or who scaled their sales department in an ingenious way, or who simplified its operations so that it could see the workings of the entire company from a single screen. Observe his interest again. I’ll bet that the first conversation bores him while the second conversation rivets him.

CEOs, executives, and all higher-level decision makers simply have too much on their plate to read highly technical blogs. But if you share your best ideas, offer insightful observations, or give intriguing predictions about the future – all of which are characteristics of excellent thought leadership content – then you have a real shot at getting their attention, and their business.

Recently I had this conversation with a client of ours, Frank Kern, who is the CEO of a software and product development firm. Frank is an energetic, sharp-witted man who was a top executive at IBM for two decades. The amount of information he’s had to process in his career is enormous, and as such, he’s very good at getting to the bottom line quickly. Knowing this, when I was explaining our approach to thought leadership, I definitely didn’t go into the details of meta title tags, or the pros and cons of the Yoast plugin for WordPress. I talked about how we could attract more clients to his firm, and demonstrated the success we had had with similar companies in the past. And even though his own business is about as technical as you can imagine, he immediately grasped why creating fascinating thought leadership articles about the impact well-designed software can have on a company would achieve his goals.

If you found this article at all interesting, you might observe that it did not contain any technical knowledge – only the best ideas I have to offer on the subject, written in a way that is meant to be simple, readable, and actionable. If your company has a blog, I encourage you to do the same.