PageRank vs. TrustRank in Google’s Algorithm 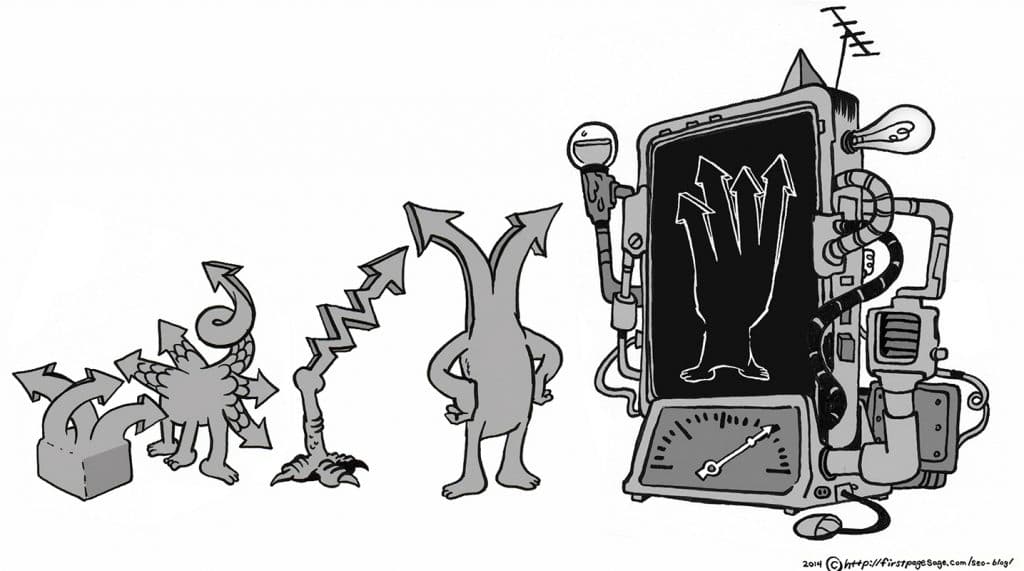 If you’re here to understand the difference between PageRank and TrustRank, I won’t make you spend more than 30 seconds. Most of the time when people use either term, they are referring to the private internal score that Google gives every web page on the Internet. This score expresses the amount of trust Google feels that page has earned, which determines how highly that page can rank in its search engine. So both PageRank and TrustRank are essentially the same thing: a “trust score.” How do you get a higher trust score? By having more inbound links – that is, links pointing from other websites to your website. There’s your quick answer.

Now here is a little bit of history for those who are interested in how the two terms came about and what they actually mean:

When Larry Page and Sergey Brin established Google via a research paper they published while studying at Stanford, they came up with a groundbreaking concept. This concept was to rank websites in a search engine based on the number and quality of hypertext links pointing at those websites. Another way to look at it is that the founders of Google created a modern-day popularity contest: whichever website has the most website “friends” becomes the most popular in the land of Google’s search results. And the more popular your friends are, the more popular you become. Put in web terms, the more websites that link to your website, and the more popular those linking websites are themselves (“popular” means having many links pointing to you), the higher your website’s trust score will be. A higher trust score means your website is more likely to show up at the top of the results when people search for the topics your site is about. Larry and Sergey called this trust score “PageRank.”

Years passed, and Google became more successful. To help webmasters understand which pages on their sites were useful and which weren’t, they did something that they would later regret: they created a public PageRank meter and placed it on the Google Toolbar, a free piece of software distributed by Google. The meter was on a 0 – 10 scale, with higher numbers indicating higher PageRanks. Of course, a web page’s PageRank wasn’t just a simple whole number between 0 and 10; it was probably something like 2393.76982 but Google wanted to simplify things. A web page’s PageRank on the toolbar was actually closer to a percentile, a relative indicator of how trusted the page was compared to other web pages. After all, tens of thousands of websites had toolbar PageRanks of 4, and there was no way to tell a high 4 from a low 4. But people didn’t view toolbar PageRank as an approximation. No, they took the toolbar PageRank literally, and became obsessed with trying to get a higher score. By introducing a public PageRank meter, Google had set the online marketing world on fire.

Toolbar PageRank became such a distraction between 2005 and 2009 that hundreds of millions of dollars and hours were spent trying to acquire links on websites with high toolbar PageRanks in order to boost people’s own PageRanks. In reality, if the people obsessing about PageRank were just writing great content and building links organically by e-mailing potential partners and journalists, they would have accomplished far more for their business. But human beings love rankings, and this toolbar PageRank – which would update all its scores suddenly and thrillingly every few months – was too interesting to ignore.

Soon it became clear to the higher-ups at Google that the hype around toolbar PageRank was actually harming the quality of Google’s search results. Essentially, webmasters were competing so fiercely for a higher toolbar PageRank that they were obtaining links artificially, through trades, third-party brokers, and even elaborate hacking schemes. This was destroying the original PageRank system the Google founders had created, which depended on links being honest votes of confidence in other websites. By 2009, it almost felt like there were more “fake” links that had been bought, traded, or stolen on other websites, than real links.

Finally Google decided to de-emphasize PageRank. They feared too much of an outcry if they removed the PageRank meter entirely, so instead they chose to hide it on newer versions of the Google Toolbar. You could still access it, but you had to mess around inside the settings menu. Simultaneously, they appointed their Head of Webspam, whose job it was to clean up the tremendous mess that toolbar PageRank had created, to communicate with webmasters, telling them to stop trusting toolbar PageRank. It was no longer relevant.

And in fact, it was true. The PageRank score displayed on the Google Toolbar was no longer a good indicated of Google’s trust of a web page (not that it was ever that accurate anyway). Everyone knew there was a true trust score for every page, but they had no way of seeing it anymore. But the marketing world needed a term to refer to the actual trust score, the thing everyone used to refer to as PageRank. That’s when the industry borrowed a term that one of the search engines has once patented called TrustRank. PageRank now referred to the old toolbar PageRank metric, and TrustRank referred to the actual trust score.

That is how the two terms were born and how they got their present day meanings.