Video Marketing: How to Optimize Your Video for SEO 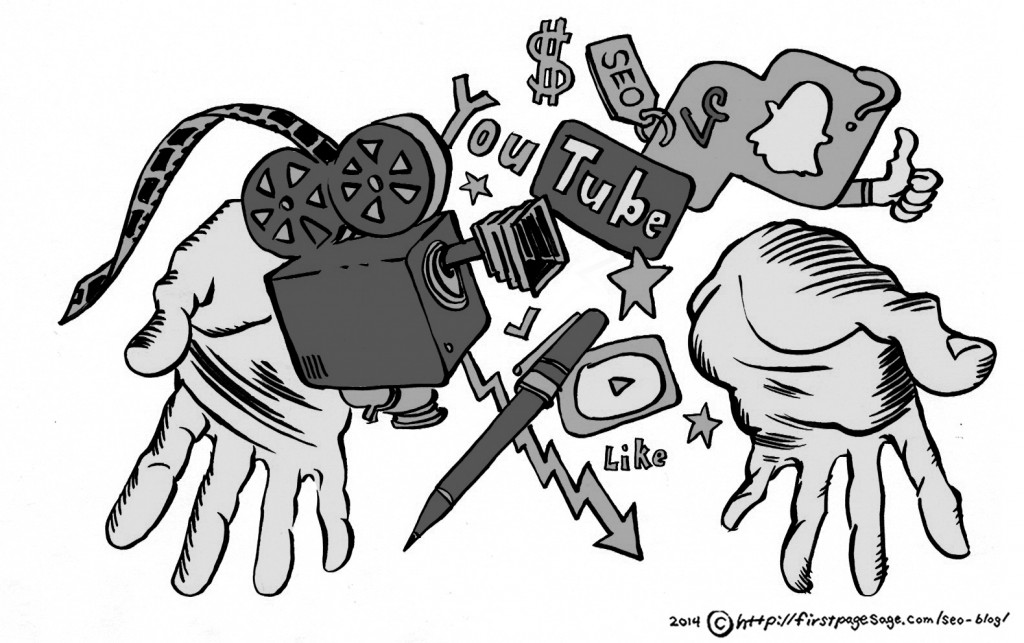 A client asked me today whether an article he read, which stated the videos are the future of content, was accurate. The article posited that within a few years, videos will become our primary form of content and reading will essentially be a thing of the past. I thought the premise was interesting – but flawed.

In the same way that teeny-tiny phones used to be all the rage and now some of the most popular phones are nearly the size of a tablet, online content has gone through its small phase and now is back at big. I remember attending a technology summit in 2007 when Twitter was escalating in popularity and a speaker predicted that we’d all be communicating in tweets by 2015. Attention spans were shrinking, and people demanded content they could consume in a fraction of a second.

But here we are in 2015, and the reality is more varied than that. Yes, we still tweet, and short videos have become extremely popular due to Vine and Snapchat; but long articles seem to be more popular than ever as well, thanks to viral content websites like Buzzfeed. We’re seeing Forbes, LinkedIn, and lots of former print publications hopping on the long-content bandwagon and posting serious business pieces with link-baity titles like “Richard Branson’s 7 Secrets to Happiness.”

Videos have indeed exploded, and are becoming more popular just as the article my client shared with me pointed out. But they aren’t the answer to your business’s marketing strategy just because they’re videos. They still follow the same essential principle of all content, which is: be interesting.

So before I show you how to make your video rank highly on Google and YouTube, take heed that there is no magic strategy that will cause your videos to attract tons of attention to your business. But if you can manage to create some truly insightful, entertaining, or thought-provoking videos, you will do well from them.

Now that you’ve been properly warned that quality of content is everything – that it will attract all the things I’ve listed below naturally, making your life much easier – here are the factors that cause Google and YouTube to promote your videos:

Title. Google is a complex creature in so many ways, but when it comes to titles, it’s as simple as a dog scratching on your leg while you’re eating a steak: it wants good, descriptive keywords. You see, Google needs to know what the video is about, and even though their robots can “watch” the video, it still prefers for you to categorize the content for it. The only exception to this rule is that, if Google feels that you are stuffing your video title full of keywords in an unnaturally SEO-oriented way, it will punish you. So, if you’ve got a managed IT services firm and you’re making a video about the benefits of Cloud Migration,  a good title would be “The Benefits of Cloud Migration” or “Why Migrate Your Company’s E-mail to the Cloud” or something else that reads well to a human but also contains some of those juicy, juicy keywords.

Links and Embeds. If you’ve read anything I’ve ever written, you know that links are the key to SEO: like votes in an election, they tell Google what the Internet community at large thinks about your website. Well, it’s pretty similar with videos. If a lot of people are linking to the YouTube page that your video resides on, Google concludes that this video is useful, and causes it to rise up higher in YouTube’s search results (or, if applicable, Google’s search results). If the video is hosted directly on your website and not on YouTube, links to the page the video is on would cause the page to rise up in the search results and send more visitors to your video. Video SEO differs from regular, written-content-based SEO, however, in that another way people can “vote” for your video is by embedding it on their website or in an e-mail. YouTube factors the number of unique locations where your video is embedded into its algorithm, so if you can post it on your website and get some bloggers or friends of yours to embed the video on their sites as well, or share it a lot using Gmail, Google will take note of this and promote the video on YouTube’s search function.

A quick note about YouTube’s search engine: it is the second biggest search engine in the U.S., behind only Google itself, receiving more searches than Yahoo, Bing, AOL, and Ask combined.

Tags. To a small degree, Google looks at the tags attached to your video when deciding which searches it should appear for. While not a big factor as of the last 4 years, it can’t hurt to thoroughly tag your video.

Shares, Favorites, Comments, Thumbs Up, and Views – in that order. Both Google Search and YouTube use the obvious metric of user engagement to determine how to rank a video. While it’s fairly easy to buy views through ad networks, they indicate to Google that people found their way to your video for one reason or another; but, if those visitors interact with the video by clicking the thumbs up button, commenting, favoriting, or sharing it, that’s how Google knows that the video is worth promoting. The difficulty of achieving each action determines its value in Google and YouTube’s algorithm. As I mentioned, getting views is relatively easy (at least for those who have some money to spend); getting comments is a little tougher. That’s why comments count more heavily in the algorithm than views. But even comments can be bought. Clever Google actually “reads” comments, comparing them to low-quality comments they have stored in a database, and discounts fake comments in their algorithm. So if somebody writes something like “Excellent content, sir. Best I’ve seen” you can expect some bad Google Karma in return. Shares and favorites are the most valuable action visitors to your video can take – they are rewarded with significant boosts to your search ranking on YouTube (and within Google Search results that Google feels warrant the inclusion of a video).

I’m going to take a moment here to re-remind you that content is king and it is a far more sustainable strategy to produce an excellent video that people actually want to watch, favorite, and share, then to go to a micro-labor site and try to buy such actions.

So what did I tell my client? I told him that videos are awesome. They’re better than written content sometimes – especially when a visitor has already reached your site, they’re interested in the product, and they need a friendly push to commit to the company’s product or service. Having at least one very well-made video that explains your company’s value proposition and validates the visitor’s impression of your business is an excellent idea. But don’t forget about written content – or Google may soon forget you.